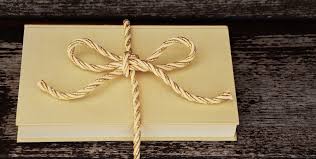 Only one day left until Christmas, so there is still some time to get the missing Christmas presents.

As ideas, here are five Hungarian books in English for bookworms 🙂 .

ZSIGMOND MÓRICZ – GOLD IN THE MUD: A HUNGARIAN PEASANT NOVEL

Móricz (1879-1942) was one of the most notable writers of the 20th century. He wrote men cult novels (Relations, Very Merry, Be Faithful Unto Death) which are still compulsory or at least recommended reads in Hungarian schools. His novels mainly introduce life in rural Hungary through complex characters and riveting narratives. This time, we recommend one of his early novels, Gold in the Mud: A Hungarian Peasant Novel, from 1910. The story is about Dani Turi, the peasant Don Juan and leader of Kiskara village, who wants to rise from his low social class, and he is willing to do whatever it takes to do so.

Petőfi (1823-1849) was one of the most influential poets and revolutionaries of the 19th century, who wrote almost a thousand poems during his short life. He presumably died during the Hungarian Revolution of 1848, although the circumstances of his death are still not clear to this day. He wrote many extraordinary poems like the “Befordultam a konyhára” (“I Turned into the Kitchen”) or the “Nemzeti dal” (“National Song”). However, his most memorable poem is today’s suggestion, “John The Valiant”, known as “János Vitéz” in Hungarian. The plot is about the adventures of the young shepherd, Johnny Grain o’ Corn, who is searching for his true love, Iluska (Nelly). Before finding her, he has to fight his way across land and sea, Turks, bandits, even giants.

Mikszáth (1847-1910) was a Hungarian writer, journalist and editor. He is well-known for his unique narrative, as well as his stories about the life of peasants, also known as Palóc people, in Northern Hungary where he was born as well. The story of A jó palócok (The Good People of Palocz) celebrates the territory and people living there. He wrote as if he were speaking with somebody. Undoubtedly, his most famous book is Szent Péter Esernyője (Saint Peter’s Umbrella, 1895), a novel about Hungarian peasantry also living in the underdeveloped upper region. The novel is set in Glogova, a fictional village in Palóc land, not identical with Glogova in Romania. The story is told through two storylines, one of the priests of Glogova, János Bélyi and his sister, Veronka; and the other about the secret of the red umbrella, Pál Gregorich and his illegitimate son, Gyuri Wibra.

Márai’s life is surely the most adventurous among the members of Hungarian writers. He became famous quite young, and he worked as a writer and journalist as well. He emigrated from Hungary in 1948 because he was against Bolshevism. His works were gradually and intentionally removed from the Hungarian literary scene due to his departure to the United States. He was the representative of the Hungarian civilians, and he wrote mainly about the classic notions of his class. Zendülők (The Rebels) is one of his early works about a group of alienated boys on the verge of becoming adults. It takes place in 1918 in a town which is not directly involved in World War I., but the absence of the boys’ fathers indirectly affects the whole plot. Their life takes a serious turn when they meet an actor with a travelling theatre company, who will make them perform in one of his plays.

ÉVA JANIKOVSZKY – IF I WERE A GROWN-UP

Jankovszky is known for writing stories to children, but her books have morals for adults as well. If I were a Grown-up is her most famous book. Her works have been translated into 35 languages. “Every child knows, even the smallest, that being naughty is much more fun than being good. Being good all the time is very boring, not only that, it’s tiring too,” says the summary of Bookline.hu about our suggestion. You can get a copy of the book on the link as well.

Our +1 suggestion is the recent book by Albert-László Barabási, The Formula. He is an ethnic Hungarian physicist born in Romania, Harghita County. He is most notable for his work in the development of network science. The book is about a scientific approach to one’s success or failure assisted by years of academic research. “This is not just an important but an imperative project: to approach the problem of randomness and success using the state of the art scientific arsenal we have. Barabasi is the person.” Nassim Nicholas Taleb, the author of the New York Times bestselling The Black Swan, says about Barabási’s book. Barabási introduces how the members of our success-oriented society approach their goals, careers and much more.